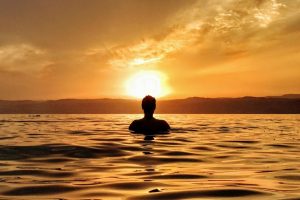 I work every day as an EFT practitioner, and reassure my clients that EFT works. I also use hypnotherapy---the two are beautiful together. But then, sometimes, my own concerns need to be worked on, and I find myself as worried as a newcomer---will this work? What should I say? This is a medical thing----how can it work?

As ever, we try it on everything. Most recently, I had a perfect storm of problems that pointed to a bad outcome. EFT did work, I am happy to report---though it took persistence.

Last December, I was faced with a difficult situation. Because of a serious medical condition, I had to go on a massive dose of steroids. I had tried other approaches but the condition was not improving, so steroids were necessary. It was the holiday season, the season of wonderful, high-calorie food. I had just turned 51 and my doctor had just let me know that menopause was in full swing. And now I was on heavy-duty steroids. A prescription for significant weight gain. I was terrified that I would gain twenty or more pounds. I had just lost a few pounds, and needed to lose about 10 more. I told my doctor that I intended to do just that and he basically said that it was impossible, that mostly (in almost 100% of the cases he worked with) people gained weight on steroids; they never lost weight.

So---a challenge. I decided to make this into a test of EFT. What would I do if a client came to me with this concern? And what might be possible? The story ends on a good note---I lost weight (and the steroids and other EFT work did the job of fixing the medical problem.)

Here’s how it worked.

First, I addressed all of the fears I had, tapping on every fear and worry I had. I used language like this:

I addressed all of the fears I had, all of the stories about weight gain with steroids, with menopause, and my fear that this was just a completely impossible situation.

I did this many times---not just once. Whenever fears came up, I addressed them, throughout the eight months I was on steroids.

I then, every day, did a little ritual with my medication. I told my body, while tapping, that these were miracle drugs, and that we could take the miracles and leave the rest…that there was no need to take on any side effects.
I also did a little Reiki on the pills each morning before I took them, allowing them to be “blessed” with energy that I intended for healing----without side effects.

When fear came up, I’d do a little round on that:

Even though I am afraid of the side effects, especially weight gain and sleeplessness…
Even though these are so powerful and I’m still afraid of them…I love and accept myself and I’m giving my body permission to take the miracles and leave the rest.

I spent a lot of time online looking for “weight loss while on steroids,” and there isn’t much there. But there was one story of a woman who did lose weight while on steroids. That’s all I needed. If one other person could do it, so could I---especially since I have EFT at my fingertips. The power of suggestion, her example to me, helped lift my sense of hopefulness.

The other critically important part of the footwork was to do the calorie calculation needed to lose weight. I did that and lopped off a few more---(consult your medical doctor, please; I am not a health care professional and did what worked for me---you and your body’s needs are different from mine.). I stuck rigidly, religiously, slavishly to my nutritional program, which was a low-calorie regime. No exceptions. I was absolutely rigid on this.

The dirty little secret of steroids is that not only do they have the capacity for wreaking all sorts of havoc, they give you the appetite of a teenage linebacker. I was no exception. I wanted to eat everything in my path. So---I treated myself as I would an alcoholic and assigned myself a tapping routine for each time the cravings came up.

Sometimes I had time to do a whole round:

Sometimes I wanted to rush into the refrigerator and there seemed to be no time for a round, so I tapped on the collar point and just said “releasing this craving,” as many times as I needed to (backing out of the kitchen.)

Month one: Five pounds dropped off. My doctor said he had never experienced that with a patient.
Month two: Another five pounds.
Month three: Three more pounds and I was at my goal weight. Again, the doctor just said that he had never seen this before.
Month eight: Steroid usage complete and terminated. I have kept the weight off and now am back to normal.

Mindful, creative use of EFT achieved what is considered to be practically impossible, given all of the factors in my situation. I lost weight while on steroids, going through menopause, despite starting off during a high-calorie holiday time. From now on I’ll never question whether EFT works for weight loss---in my own body and in any client’s. As long as the steps I outline above are used consistently, it is very likely to work every time.

Lynne Shaner, PhD, is an EFT International Accredited Certified EFT Master Trainer and Advanced Practitioner in Rockville, Maryland, US. She is also a certified hypnotherapist and holds a Ph.D. in the field of Mind-Body Medicine. You can visit her online at www.eftpraxis.com

From the EFTfree Archives, which are now a part of EFT International .
Originally published on August 14, 2010.